This Sunday just gone I went on a small adventure with my friend Vikki to the Rollright Stones. We’d both seen a photo on Janina Ramirez‘s Instagram feed of a circle of dancing willow faeries so of course we had to investigate! Saturday had been dreadful, weather wise, but by Sunday the rain had gone  (though the wind had not) so we put on our Suitable Footwear and woolies, packed Thermoses  and headed up into the Cotswolds, toward hills and stones…and much more.

The archaeology bit: The Rollright Stones are a collection of prehistoric monuments dating from different periods, from the Neolithic to the Bronze age – you can find lots of information on the webpage, and of course like ancient sites the world over, they have their own folklore. The stones are known as The Kings Men,  The Whispering Knights and The King Stone. The whole are a king and his army outwitted by a witch and turned to stone. You can count the stones in the circle, but you’ll never get the same number twice…faeries are blamed for this mathematical difficulty.

The faeries there at the moment seem more intent on their whirling dance that on flummoxing any counting. These sculptures by David and Adam Gosling – of willow, hazel, ivy and lime – are so full of movement you can imagine them taking off while no-ones looking. They are set to fly wildly through the wind which was rattling the trees that day, to who knows where. They are a bit mesmerising, and we made a plan to visit them again. 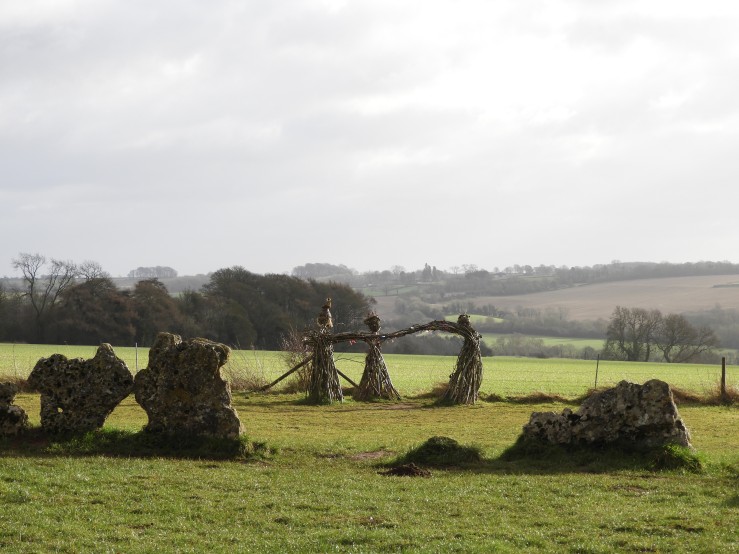 A muddy walk further on and we came to some goings on in the woods. We had no idea there was a pretty large and “ever-changing environmental and aesthetic project”  going on near the stones, and it was a delight to stumble across it after climbing the highest stile I’ve ever encountered. 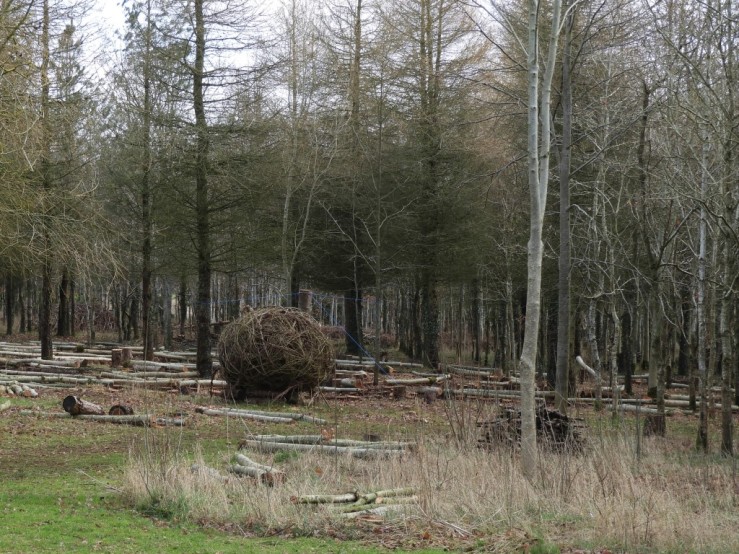 The first glimpse I saw of  The Whispering Knights Project was a curving structure low to the ground – it looked initially like a very tidy collection of woodland offcuts – and it actually is, but made into something truly beautiful. Instead of leaving piles of ‘brash’ they are laid in sweeping organic shapes, woven into balls. Spirals wind about the trees, and a curving shelter rises up above the spiral. 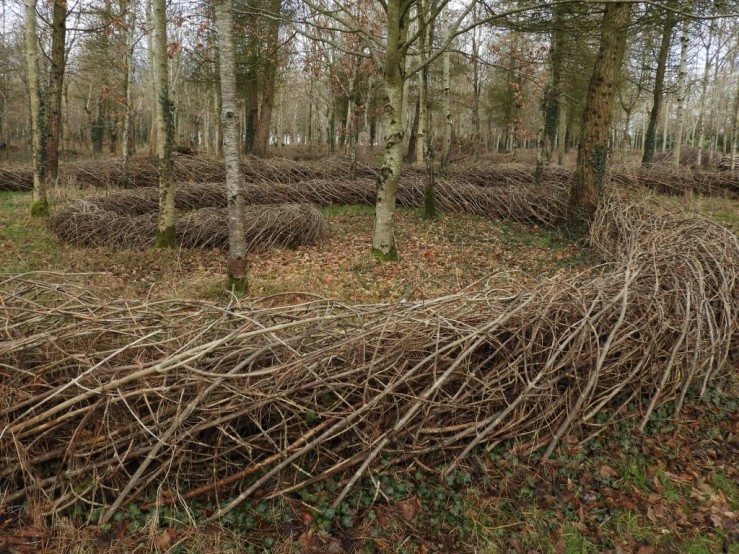 It was all totally unexpected, and enchanting. This is a relatively new wood, yet it already feels ancient, those working it have a huge affinity with the past, as you will see if you check out the extensive Whispering Knights – Neolithic Echoes project website . It’s a website to get lost in…and if you find yourself in the Cotswolds then I can’t think of a better way to spend a few hours than exploring this excellent project.