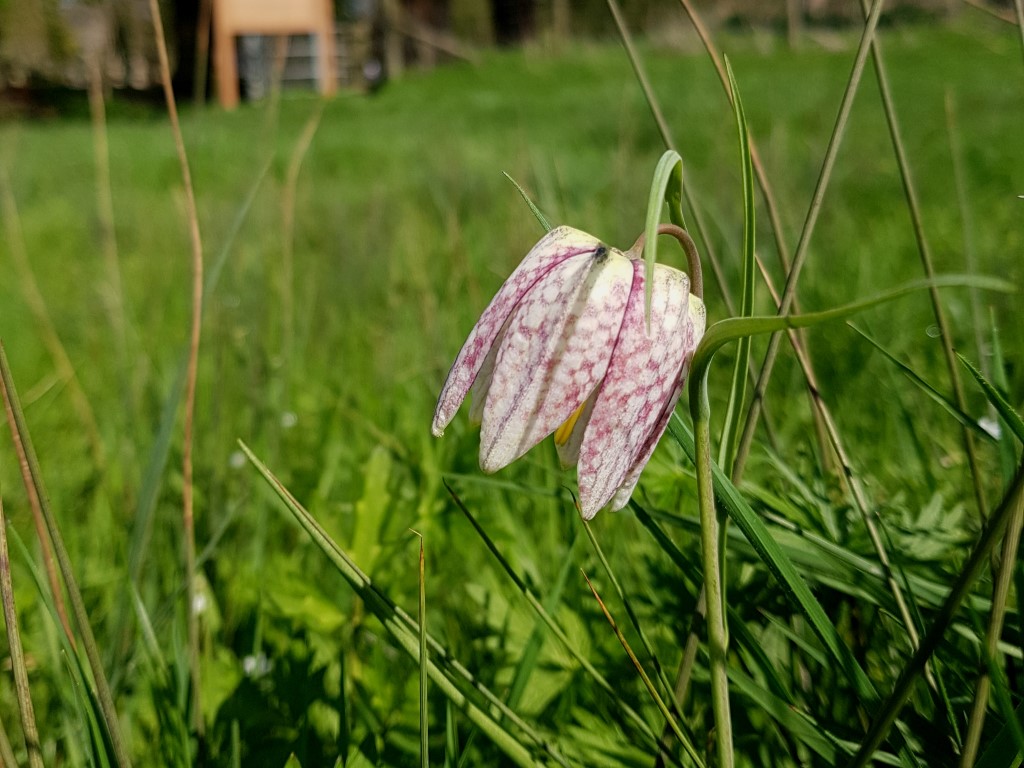 Over the years I’ve got to know the short part of the Thames path which is – delightfully – part of my commute (once it’s dried out a bit after winter rain) really well. My favourite time of year here is spring, when the  blooms of the snake’s head fritillary – the county flower of Oxfordshire – appear on Iffley Meadows.

As we’re all quite painfully aware, spring has been a long time a’coming this year. I for one thought it might never happen and we’d be doomed to live beneath chilly tupperware skies forever. But of course, it did come, and it came with a hell of a flourish. Blossom busting out all over, weeds making the most of it (if the green fuzz which magically appeared on my veg patch on Wednesday morning is anything to go by); summer sandals, frocks and shorts have been pulled from the backs of wardrobes now we can actually wear them,  and the after school ice-cream van’s returned to the corner of Gypsy Lane. Best of all though, the chequered purple bells of the snake’s head fritillary have  appeared.

“And then I came to a field where the springing grass
Was dulled by the hanging cups of fritillaries,
Sullen and foreign-looking, the snaky flower,
Scarfed in dull purple, like Egyptian girls” 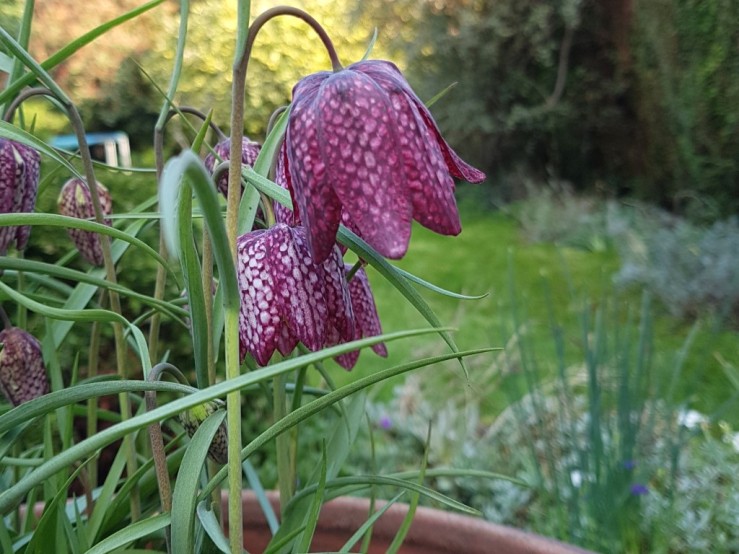 I bought some of my very own last year; they’re in a big container in the garden as that means I can keep them as damp as they need to be. Our ground dries out so quickly here on the Thames gravel beds I don’t think I can make it wet enough to grow them successfully otherwise. The riverside meadow is a different place though. Always  a little soggy, and very much so this year, the meadows contain a large population of fritillaries, the count this year was almost 70 thousand plants

I had a ride along the Thames Path this afternoon to have a look at the meadows. I fastened my bike vaguely securely up against the slightly rickety fence, and made my way through the muddy ground around the kissing gate – of course, I had my sandals on, but what’s a bit of mud when flowery rewards await – and into the meadow. When you go in you can’t see the flowers immediately, it’s a trick, you think, where are they? You look out on a sea of green with darker green patches among it. However, if you get down to sheep’s eye level the purple – and pale pink or even white – blooms come in to view.

I think these are other-worldly, almost alien looking flowers “with foreign colour, sulky, dark, and quaint”* . They look like a design from the mind of an abstract artist, or a virtual world designer – yet they’re not. That chequerboard bell is all nature’s own work, and I’m delighted their numbers have recovered so well over the last few decades so more people can enjoy them. If you have the chance, get to your nearest meadow before thier season’s over.

I just spent two hours making my website more *Ceramics Facing* so my customers and potential customers might find it easier to find thier way around! Like a spring clean, but in autumn (which is when my cleaning and decluttering vibe always kicks in).
*cackles spookily*
I'm absolutely here for autumn stuff! It seems to be cooling down again after that warm weekend we just had, so it must be time to cosy down into my favourite season. The house is full of conkers, pine-cones and candles 🤎🍂
Here, have a lump of clay! Magical things will happen...probably.
Loading Comments...
%d bloggers like this: