The answer is, lots of things, including:

A trip to Canada, where we ski-ed as much as you can in 7 days; ate our body weight in burgers and fries – with poutine on them in my case; drank loads of Grizzly Paw beer, and started looking at house prices in Canmore (I can dream) which has a lovely yarn shop.

Visits to to a few festivals, as usual. The rain tried to drive us away from Beautiful Days a day early, but we are made of sterner stuff (and also, we have a camper van, which helps).

Seeing Squeeze last week,  Henry V at Stratford the month before, The Waterboys at the Roundhouse, and Foo Fighters at MK Bowl, amongst other nights out. All fabulous in their own way (though Dave Grohl’s throne was much more spectacular than Henry V’s).

Morris dancing outside St Paul’s Cathedral and not being struck by lightning; and outside Shakespeare’s Globe and not being moved on by the duty manager or the Met, it was all very excellent.

And of course, I made some things from wool, here are some of the winter items I managed to finish on time for a change,  I’ll catch up more later:

A Jumper (sweater, for anyone over the other side of the Atlantic) – Smithfield by Amy Christoffers:

It’s green, so green it can alleviate depression on a grey cloudy day (really). Knit in Drops Nepal (shade ‘olive’ apparently, though I’ve never seen an olive this colour) which is a bit itchy though I’m hoping that’ll wear off with some washes.

A Hap (shawl) – Northmavine Hap by the amazing Kate Davies from her Colours of Shetland book:

I must take a proper photograph of this once the weather decides it’s actually winter, rather than some weird late-summer-happening-in-November scenario, as this is, for all it’s understated lacy-ness very, very good at keeping the neck warm. Knit in Jamieson & Smith Shetland wool. 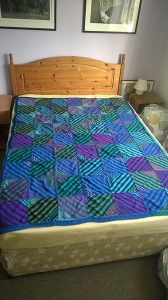 It really was worth all the sewing up, it’s super warm, cozy, heavy and not itchy, which is what I like in a blanket. Knit in Rowan Pure Wool Superwash Worsted. 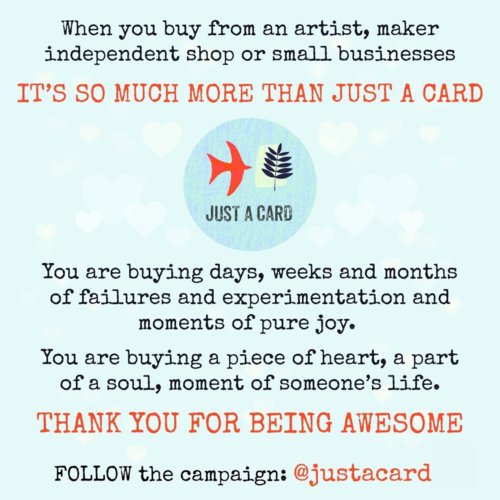